The history of the Turpen family in the trading business began in 1908 when, at the age of 11, Tobe Trupen Sr. came west from Texas to work in a trading post owned by his brother-in-law, C.D. Richardson. This was before the start of World War I and the Turpen family was having hard times at their home in Texas. Mrs. C.D. Richardson, formerly Trula Turpen (Tobe's sister), was trying to find work for her brothers at C.D.'s string of trading posts in Arizona.

The Turpen family has been in the trading business for more than just 80 years. Tobe Turpen Sr. opened his Gallup trading post in 1939 that he purchased from John Lorenzo Hubbell on North Third Street in Gallup NM. 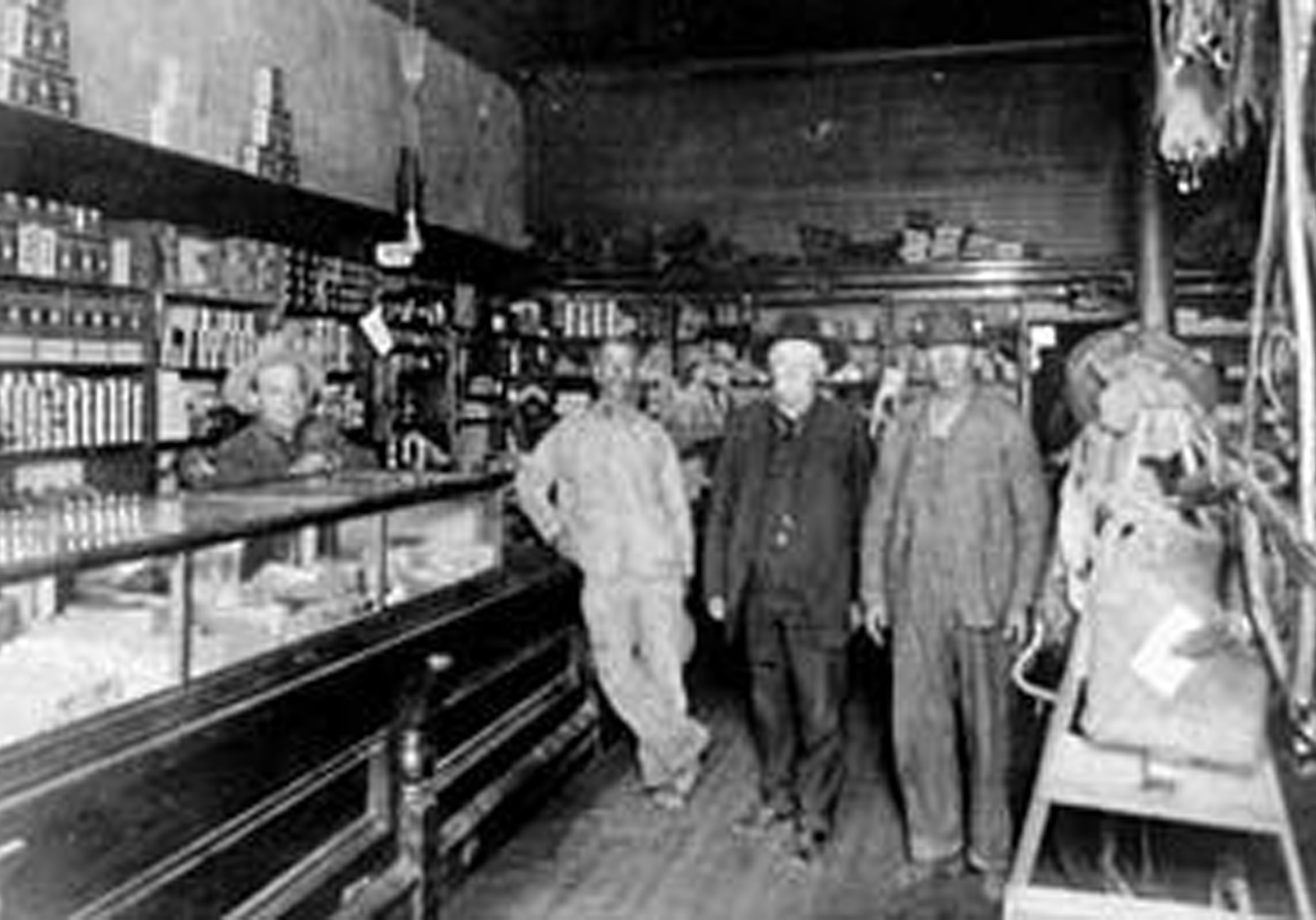 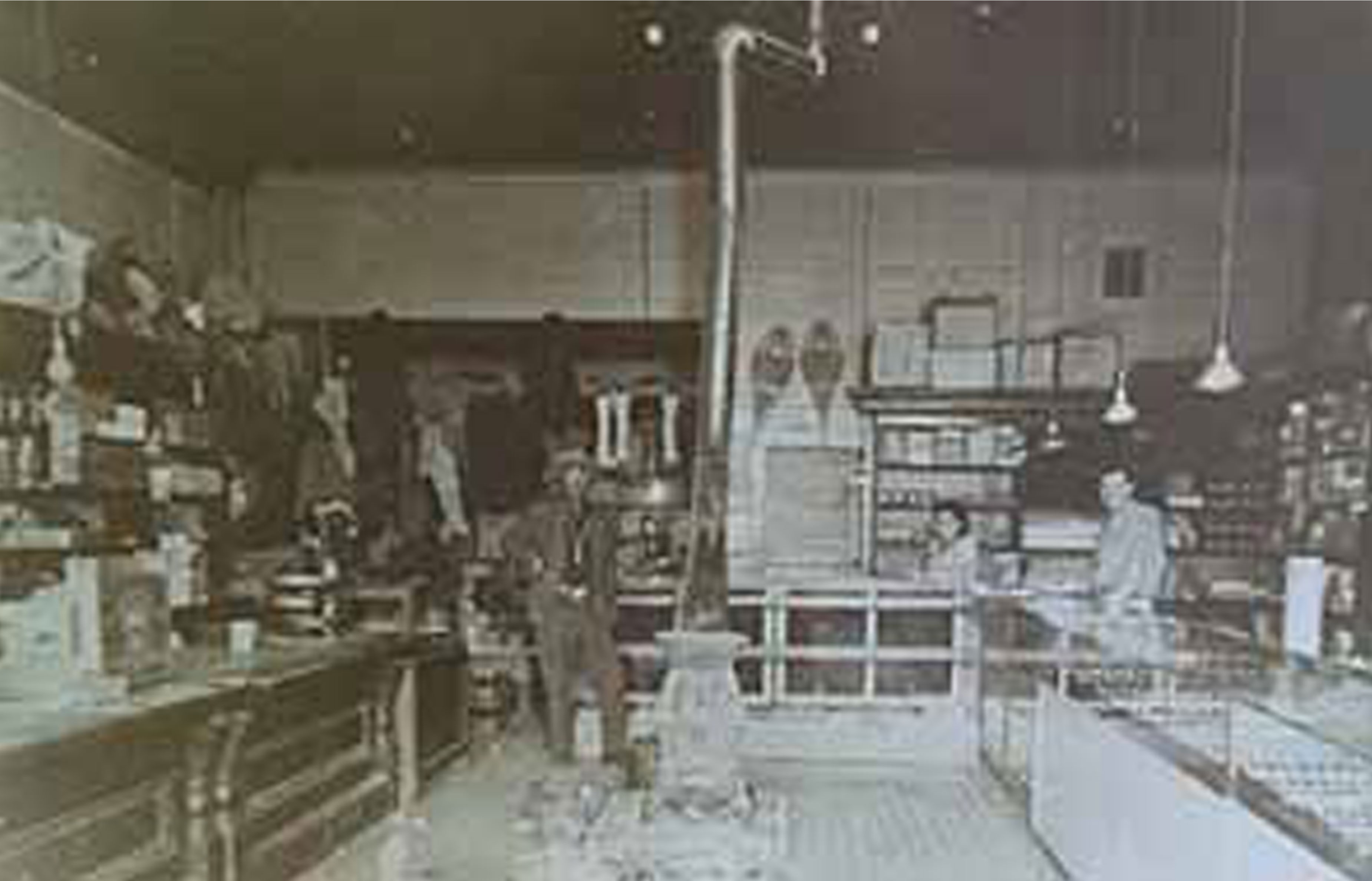 Tobe Turpen Jr. is pictured (on the right) in the same store building with an employee and a Navajo medicine man (circa 1947).

In 1966, Tobe Jr. was forced to move from the building on North Third Street, when I-40 was constructed. He relocated the trading post to it's location on South Second Street in Gallup. The counter shown in the photo was moved to that location.

Tobe Sr. began working on the Navajo Reservation by hauling freight from Flagstaff, AZ to the trading post at Cameron, AZ. He also worked at the Blue Canyon Trading Post, where he learned to speak the Navajo language, and quickly gained a working knowledge of the trading business. This was the beginning of a long career as a Trader.

Tobe Sr.'s work in the trading business was interrupted when he lied about his age so he could join the Navy and enter WWI. When he returned from the war, he worked at Richardson's trading posts at Blue Canyon and Red Lake. He then moved to Gallup and worked for the McAdam Post and then for Gross-Kelly. Tobe Sr. ran the curio department for Gross-Kelly, where they sold rugs, jewelry and pottery that the local reservation traders brought to town as payment for the goods they hauled back to the reservation.

When Tobe Jr. returned from serving in the Navy in WWII, he joined his father in the trading business in 1946, and they worked together until 1954, when Tobe Jr. bought the business from his father. Tobe Sr. soon moved to Albuquerque where he opened a small Indian jewelry store and entered the cattle business. 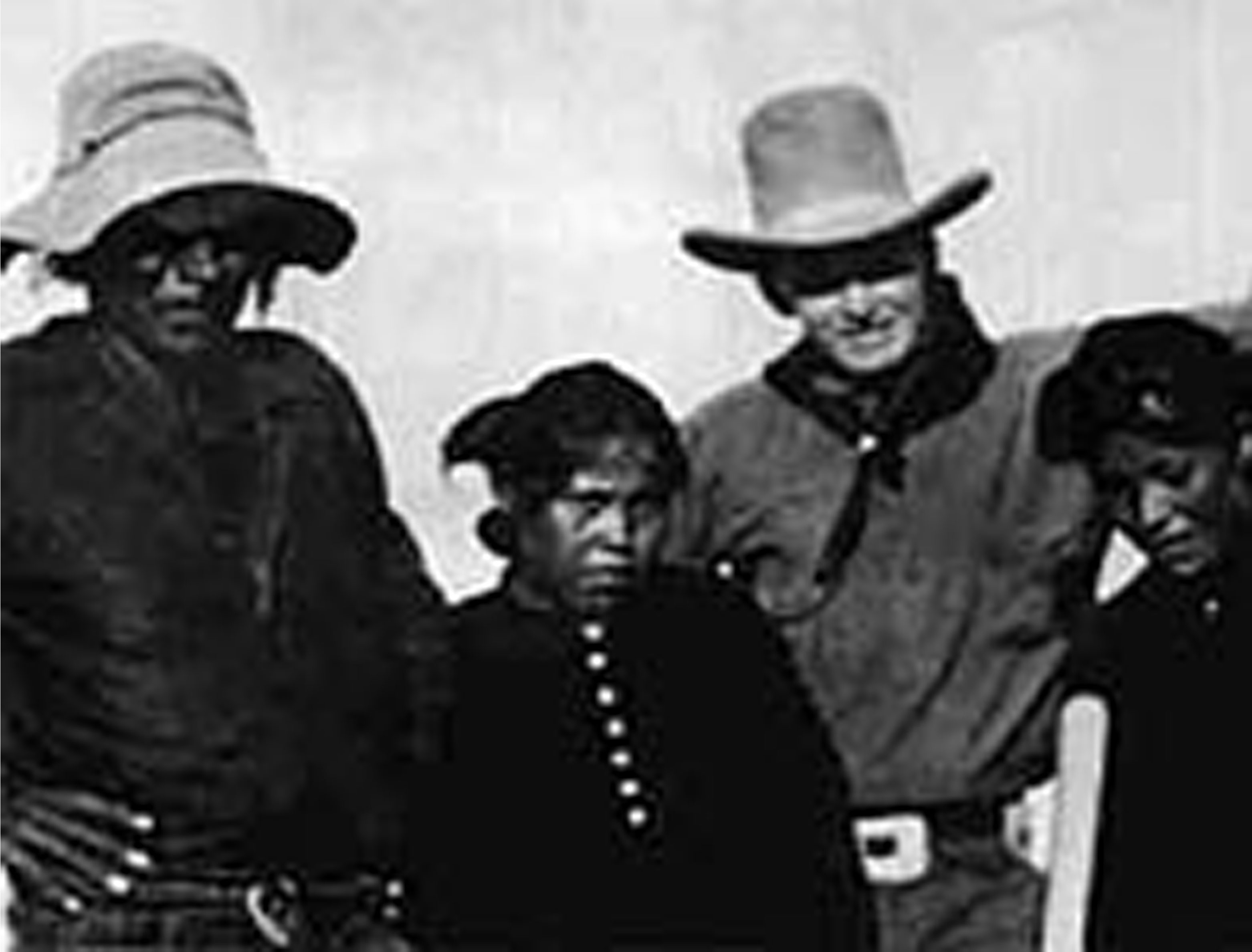 Photo taken on the Navajo Reservation (circa 1920) when Tobe Sr. was in his early 20's.

During the 1960's "boom years" of the Indian jewelry business, Tobe Turpen's enjoyed the success of supplying jewelry to the hundreds of retailers that sprung up across the country. The "boom years" were followed by a market saturated with cheap work and spreading disillusionment that ended the fad in the late 1970's. Although many retailers went out of business after the "boom", Tobe Turpen's continued to supply Indian jewelry, rugs, kachinas, pottery, sandpaintings, beadwork and old pawn to retailers throughout the United States and Canada.